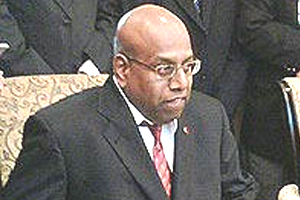 The government is proposing to table a Fake News law to address the spread of fake news on social media in the current parliament session despite the fact of having a huge arsenal of enough repressive laws to suppress freedom.

Some of the laws currently in force are the Sedition Act 1948, National Security Council Act 2016, Prevention of Crime Act 1959, Security Offences (measures) Act 2012, Prevention of Terrorism Act 2015, the Printing Presses and Publications act 1984, the Communications and Multimedia Act 1998, the Universities and University Colleges Act 1971 and the Peaceful Assembly Act 2012 and the Penal Code.

But fake news seems to be the new emerging threat that is capable of ‘creating mayhem.’

The question is “Who decides whether the news is fake or fact?”

Since the government is also a very interested party, the deciding parties must be neutral. To tackle hate crimes and fake news, the of engaging civil society is crucial.

The government cannot adopt the attitude that it knows best or knows everything. It is also an interested party and there is a dire need for a neutral party’s engagement.

There is also fear that a fake news law could be used to appease one section of society. The BN government itself has published fake 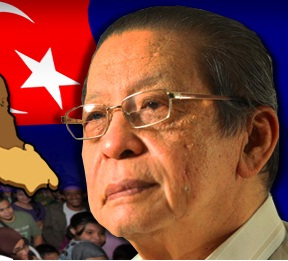 news such as the claim that DAP’s veteran politician, Lim Kit Siang will be the prime minister if PH wins.

The BN has also claimed that Islam will be under threat if PH wins and much more has been claimed by the incumbents.

Meanwhile, UMNO has large force of cyber troops presence to counter and fabricate derogatory claims against opposition leaders and the news they put out.

In a globalized environment, countering fake news can be very challenging. The Internet of Things (IoT) and internet of services are the current and future order of the day.

The internet service providers such as Facebook, Twitter, Google etc. are located in foreign domains. Can the authorities come out with cyber laws that are enforceable against these global companies?  And what is considered a reasonable grace period to remove the fake news items?

Malaysian media companies are either owned by government cronies or by companies owned by ruling coalition parties.  Malaysia’s ranking on the World Press Freedom Index for 2017 stands at 144 out of 180 countries.

In the corruption index as well, Malaysia dropped to 62nd position from 55 one year earlier out of 180 companies. With such poor records of governance, adding another arbitrary and subjective law will add another tool for the government to harass and intimidate opposition parties.

The new law proposed is reported to increase penalties by tenfold under section 233(1) of the CMA, up to RM50,0000 fine and a 10-year imprisonment.

It is very harsh and severe in a country where the government controls the mainstream media, both electronic and print.

The addition of another new law on fake news, is open to severe abuse, especially when there is only the government to decide what is real and what is fake.