Among others, the 138-page manifesto seeks to tackle the rising cost of living, should it capture Putrajaya.

This includes the promise of abolishing GST and tolls, in phases, as well as channelling fuel subsidies to targeted groups.

The document also tries to address the Malay agenda, while at the same time, listing out demands that have long been made by the Chinese and Indian communities.

The manifesto released in Shah Alam, also promises that Harapan would significantly reduce the power of the prime minister, including blocking the premier from holding any other portfolios and slashing by half, the allocation and the number of ministers in the Prime Minister’s Department.

Harapan also pledged to address the monopolies in the country, such as in the rice industry by Bernas and Astro in the satellite television industry.

The manifesto unveiling ceremony was attended by senior leaders of the coalition’s component party, such as Harapan chairperson Dr Mahathir Mohamad, president Dr Wan Azizah Wan Ismail, and others. 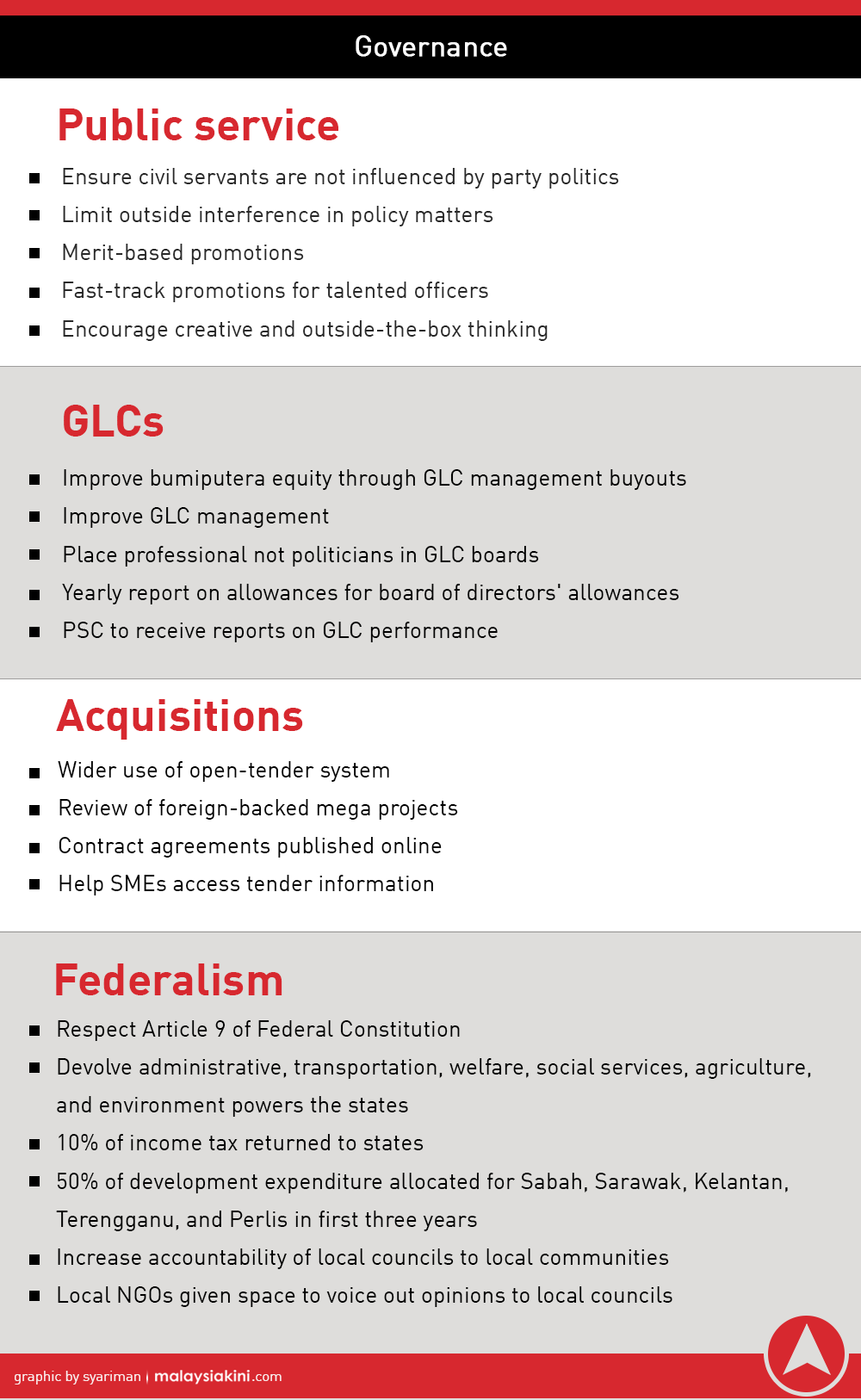 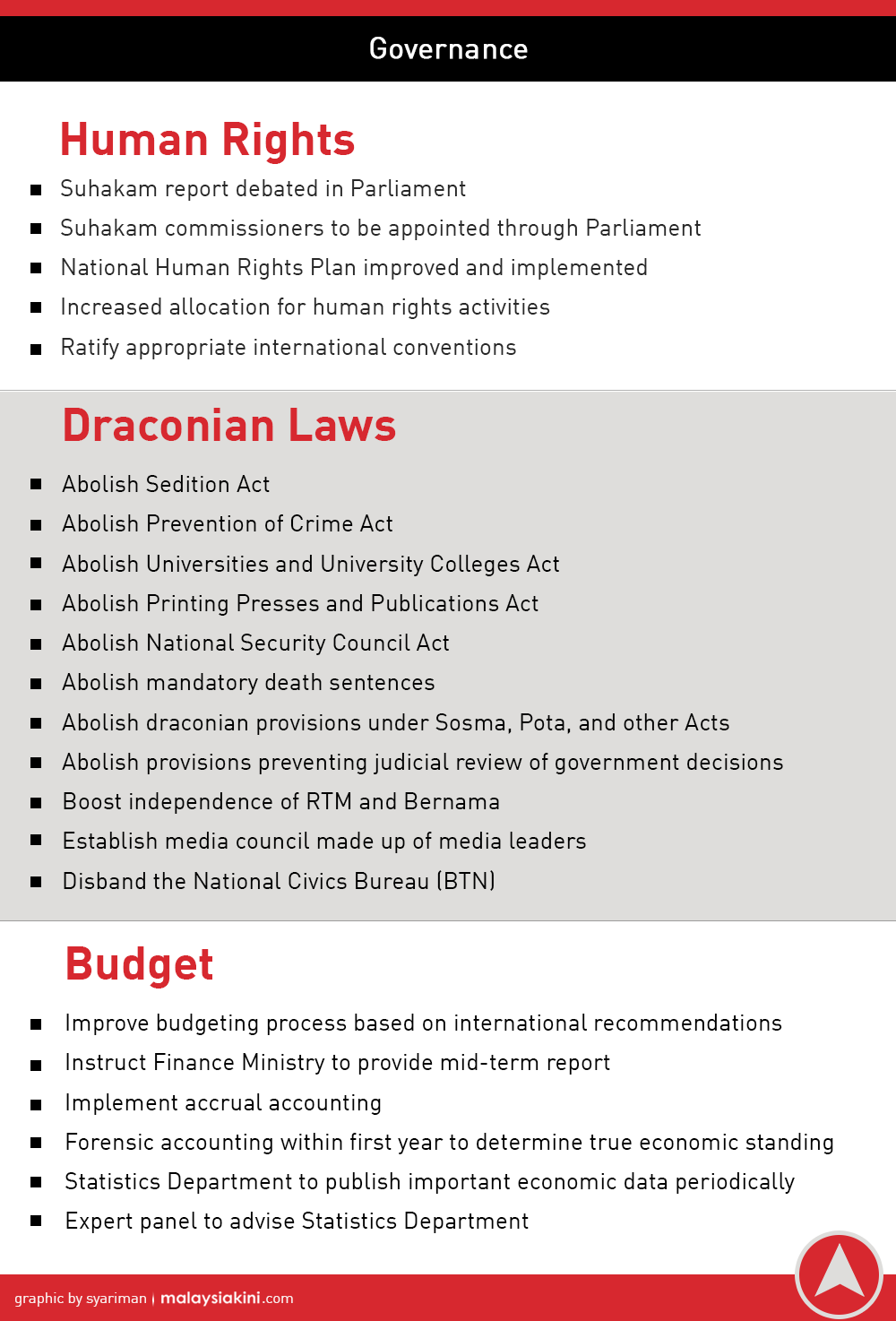