COMMENT | I believe young Malaysians like Bersatu’s newest recruit Wan Saiful should have a go at the political game.

Like a merry-go-round in a funfair, ageing politicians who have been hogging the limelight for nearly half a century should get off and let the youngsters have a go.

Having said that, I expected young intellectuals like Wan Saiful would at least have some intellectual honesty to avoid the discredited road of race-based parties which have been the bane of Malaysian society since Independence.

He has not only joined the “Pribumi” party, which is not open to “non-Pribumis” like myself, but is also led by Malaysia’s most well-known autocrat and father of crony capitalism.

Now, why does an erstwhile “liberal” like Wan Saiful want to exclude a fellow Malaysian and human being from his party? After all, isn’t liberalism a political philosophy founded on ideas of liberty and equality? So, what has happened to his liberal thinking?

Furthermore, he now states that the Malay agenda remains relevant and any change would come slowly. That is great for the Malay crony capitalists who 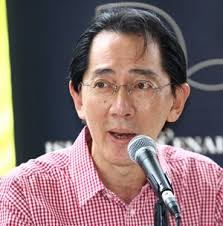 have been milking the country all these years since May 13, 1969. It is also a very effective populist ideology to get “Pribumi” votes in elections.

This is all bad news for those who have been dreaming the Malaysian dream of equality, justice and democracy. I have been monitoring Pakatan Harapan’s statements and I have observed a loud silence on the extension of the New Economic Policy.

Now with Harapan having embraced the leader of Bersatu as the prospective prime minister, I can bet anybody that there will be no mention of an end to the NEP in Harapan’s GE14 manifesto when it is announced.

This is indeed bad news for those who had hopes of a more liberal economic policy and also for all who have criticised the government for its racially discriminatory economic and educational policies. 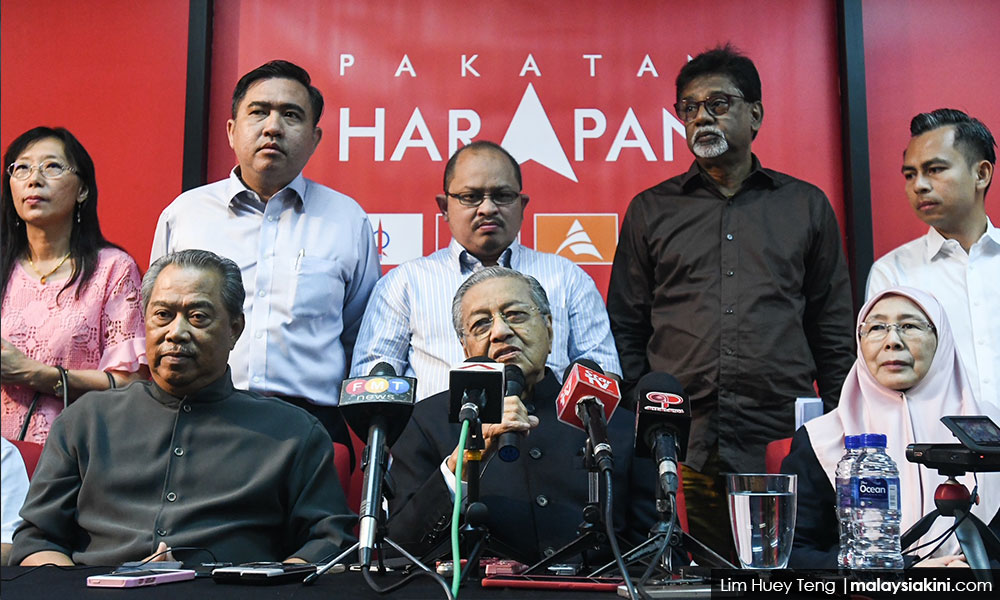 Wan Saiful, who is supposed to be one of their policymakers has already said as much:

“But now, having entered party politics, I am more or less resigned to the fact that the (Malaysian agenda) you are talking about is not going to happen in my lifetime as this is in the constitutional provision,” he said.

Wan Saiful added that while Harapan must maintain its idealism, it also needs to prioritise the reforms that it can push through.

First, as a policymaker, Wan Saiful should be reminded that the so-called “Malay agenda” has been twisted from its 1957 form to a different “bumiputera” form in 1971, with amendment 8A to Article 153, which allowed the quota system and all the other excesses of racial discrimination.

Apart from anything else, the term “bumiputera” is not even in our Independence Constitution!

Does Wan Saiful not remember that the 1971 NEP had an expiry date of 1990? Can the Malay elite keep changing the rules as they go along?

So how does the ‘Malay agenda’ operate?

The bumiputera/immigrant differentiation to justify racial discrimination against non-bumiputeras continues to be peddled by the ruling Malay elite right up to the present day.

By some conceptual trick, these favoured people are defined strictly as “Malays” no matter where they come from (even Kerala or the Middle East) and therefore qualify as “bumiputeras” who are entitled to special “rights”.

Bersatu may have another conceptual trick up their sleeves; we don’t know yet. It is astounding that the bugbear that was thrown into the Independence struggle to put the anti-colonial forces on the defensive – viz. who are the pribumi (indigenous people) and who are the pendatang (immigrants)? – continues to be thrown at Malaysians in order to divide our nation to the present day. 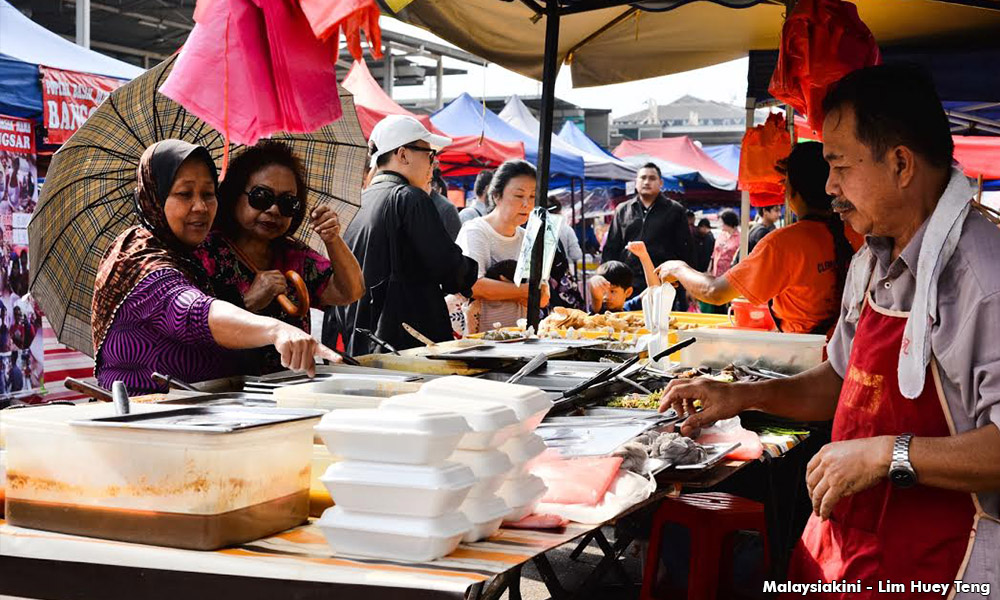 The keepers of the pribumi estate overlooked an elementary point of logic – namely, how could a “non-pribumi” become a “pribumi” simply by assimilating, when the latter is strictly a historical category? Isn’t it amazing that with all the current hype about the “1Malaysia” slogan, this reference to non-Malay Malaysians as immigrants continues unabated?

These Malay elites are obsessed with race, which is not surprising when there is so much at stake for them in terms of economic gain. Harapan chairperson Dr Mahathir Mohamad’s “Malay Dilemma” was rooted in that paradigm.

This obsession with race has little currency in the anthropology or sociology disciplines, not to speak of human rights in the international community. Roland Braddel, former president of the Council of the Malayan Branch of the Royal Asiatic Society, and once legal adviser to Umno, has pointed out:

“There is, strictly speaking, no such thing as the Malay race; there are Malay people, the Malay culture and the Malay language, etc.”

A liberal intellectual should know that.

It still amazes me that intellectuals in the government cannot conceive of ways to help the poor and marginalised without raising the issue of race. With all those years of training in the UK, is Wan Saiful really incapable of proposing policies that are not race-based?

In which case, he should admit that the so-called “Malay agenda” is really a populist agenda to secure votes in the elections and not because there is no other choice.

Sixty years of racially based policies have divided us while enriching the well-connected crony capitalists linked to the political elite. It is time to replace race-based policies with needs-based measures that target the lower-income and marginalised sectors.

The NEP was scheduled to end in 1990, but has become a populist never-ending policy to win over the bumiputras, while benefiting mainly the political elite. It is common sense that poor rural Malaysians should be assisted based on their needs and according to the particular economic sectors in which they live and work. Today, with the lack of ethnic diversity in the civil and armed forces, it is high time that recruitment and promotion in these services are based on merit.

As a policymaker, Wan Saiful will no doubt be familiar with international reports that point to a compelling need for Malaysia to shift from a race-based to a needs-based policy in order to address imbalances in society and improve the democratic process to ensure good governance and that the rule of law prevails.

With the “Malay agenda”, Malaysia’s economic progress continues to be plagued by a lack of innovation and skills, a low level of investments in technology, declining standards in education, relatively high labour cost and sluggish growth in productivity. The cost and consequences of the racially discriminatory policy in Malaysia have been immense, especially since the NEP in 1971.

It has caused a crippling polarisation of Malaysian society and a costly brain drain. According to the World Bank, “The diaspora has likely reached about one million people in 2010; compared to about 750,000 in 2000…the brain drain is estimated at a third of the total diaspora. This translates into a number of 335,000 in 2010, which is up from 217,000 in 2000.”

While the Chinese middle and working classes in Malaysia have largely adapted to this public-sector discrimination by finding ways to make a living in the private sector, this has not been so easy for working class Indians and other marginalised communities, including the Orang Asli.

More potentially dangerous and insidious is the effect this widespread racial discrimination has had on ethnic relations in this country. Unity can only be promoted through an affirmative action policy based on need, sector or class, never on race.

The views expressed here are those of the author/contributor and do not necessarily represent the views of Malaysiakini.